The ongoing drought in the western USA has caused drastic drops in reservoir water levels across the region, forcing operators to reevaluate strategies for water supplies to include dredging of sediment fill-in. Requested by the local reservoir operator to conduct a capacity evaluation, Utah engineering firm Jones & Demille used a combination of drone and CEE-USV™ data to construct a detailed model of the reservoirs at Blanding and Monticello.

The drone flights were conducted first, which allowed the surveyors to generate a precise boundary at the water’s edge. This was a key feature of the survey, as it allowed the subsequent bathymetry program to be set up beforehand before getting to the site. The CEE-USV™ survey lines were already configured even before starting the survey.

The two reservoirs’ water’s edge boundaries were first generated in AutoCAD from drone data and exported as XYZ files. These XYZ data were then imported into Hydromagic. As the survey was being conducted in a local grid system, the specific site geodesy was first configured in Hydromagic to ensure the hydrographic data seamlessly merged with the land survey dataset. The imported boundary – shoreline – is shown below in Hydromagic. 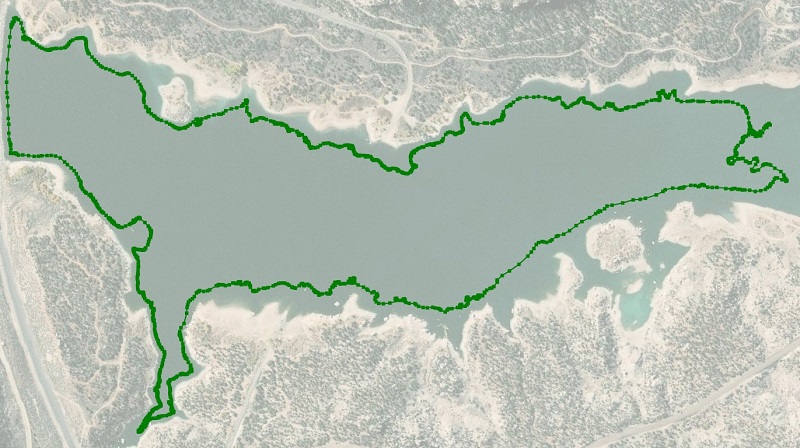 With the boundary in place, the Hydromagic USV route planner was used to generate an appropriate route plan for the survey, with a safe 20ft offset between the end of each survey line and the water’s edge. As the CEE-USV™ has a draft of below 15cm (6″), the vehicle can get close to the shoreline. The CEE-PILOT™ robotic system, based on the Dynautics SPECTRE autopilot was used, making the operator’s life very easy! 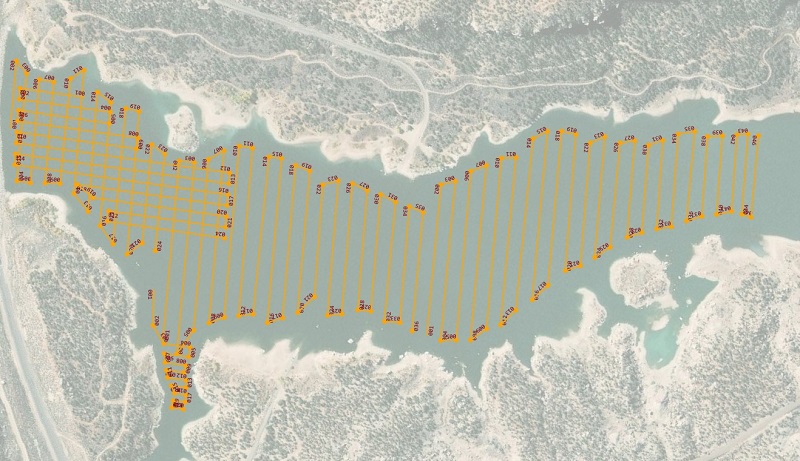 The routes were designed to provide adequate coverage to determine large scale features but ensure the surveys were completed in one day per site. The GNSS used was the CEESCOPE LITE™ built-in Hemisphere Eclipse using the Atlas L-Band differential correction signal for 0.5m accuracy. Elevation was provided by a point measurement of the water level on each survey day, used in Hydromagic as the reference level (tide). 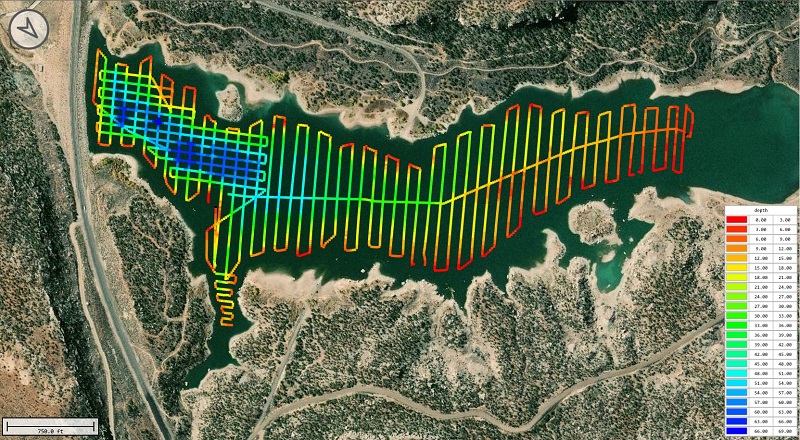 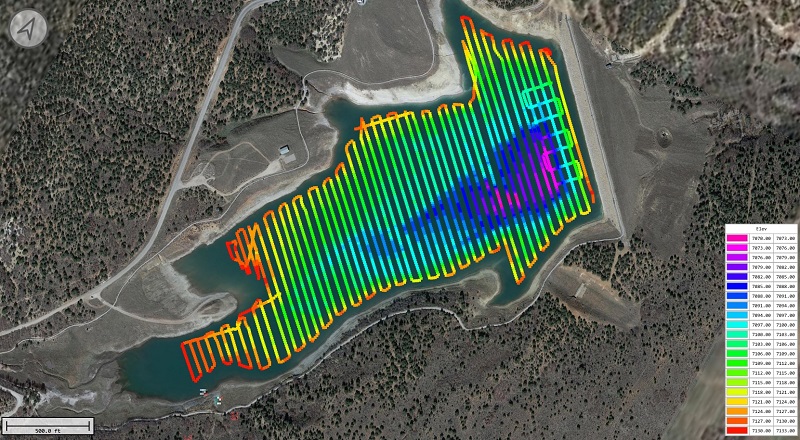 The Hydromagic data were edited to remove spurious points and a TIN model was generated for each reservoir. This TIN model was exported as an XYZ point cloud at 5ft spacing and re-imported to AutoCAD to complete the survey picture. 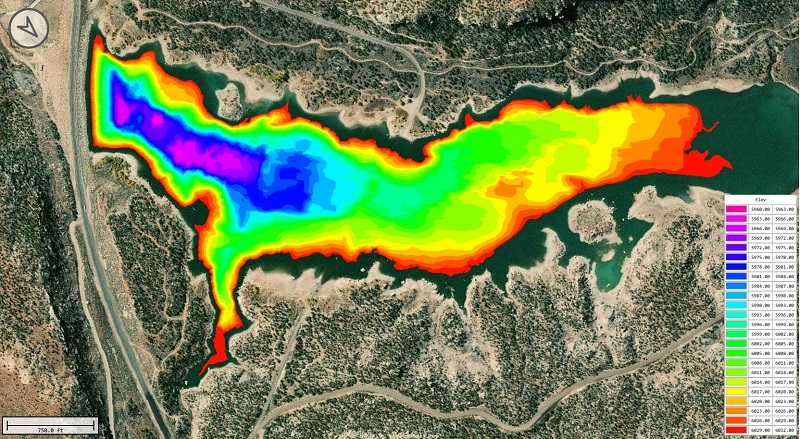 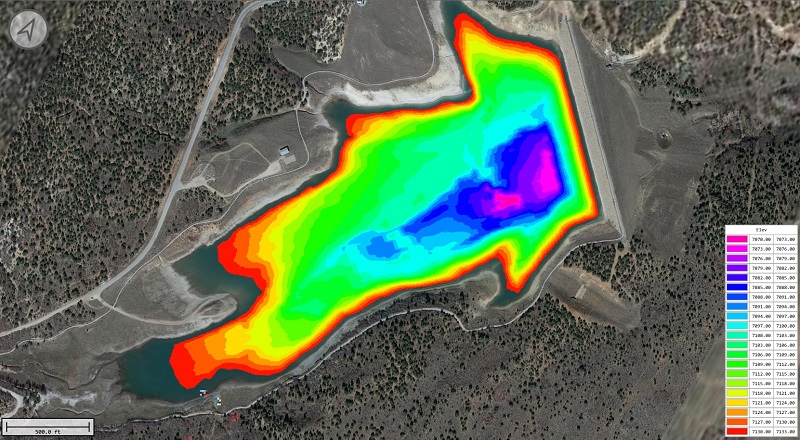 Without the drone water’s edge data, the survey would have been more time consuming. Typically, the USV would be driven around the perimeter of the site to delineate the safe boundary for the survey. Then the vehicle track would be converted to a boundary allowing the route planner to be used to generate the survey lines.

With good planning and survey management, Jones & DeMille were able to complete each survey in a single day with no requirement for any operator on the water.